PASSENGERS STRANDED AT THE HEIGHT OF NIGHT TRAVEL BAN 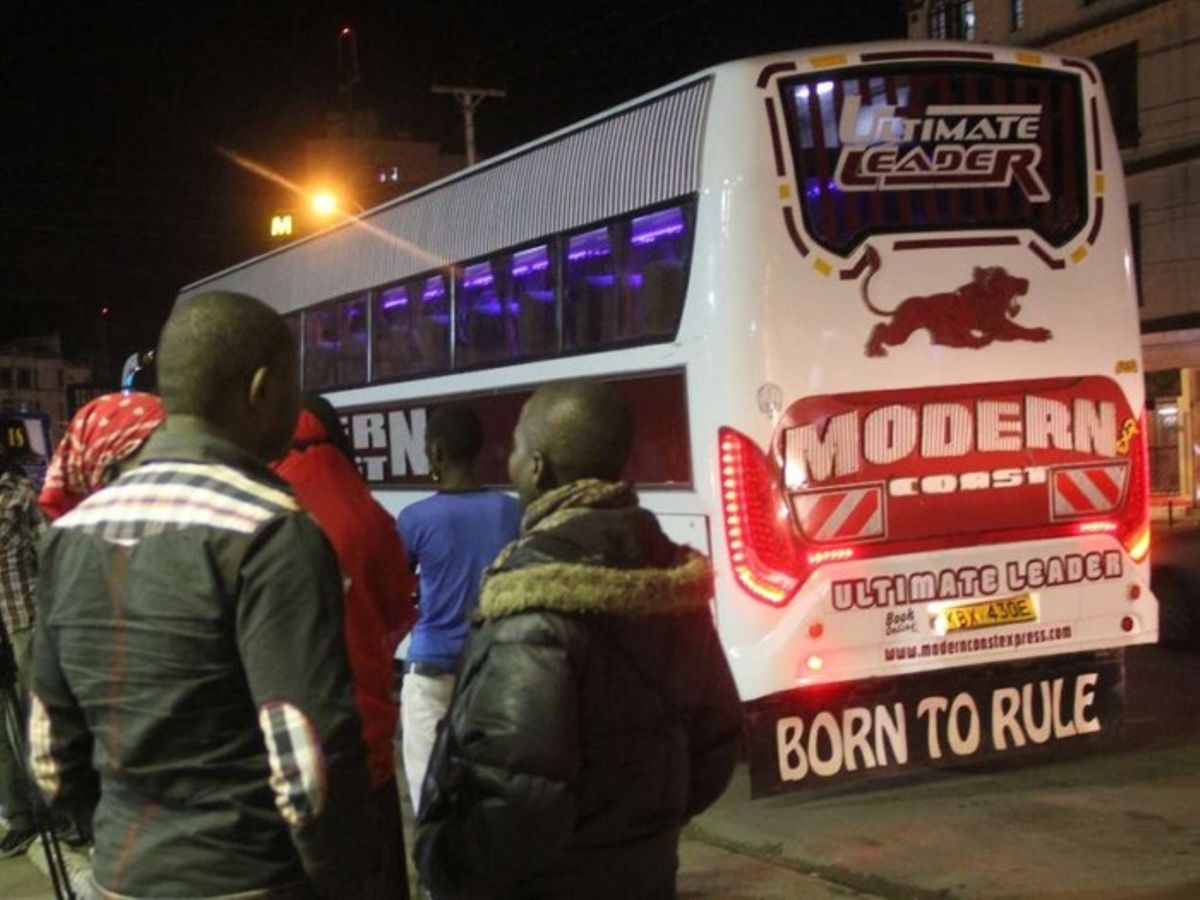 Following the ban on night travel for public transport by Cabinet Secretary Michael Kamau, public transport has been chaotic for most Kenyans attempting to travel from their holiday destinations back to the hustle of the city,

The ban, which confines Public Service Vehicles (PSVs) to operate between 6am and 6pm and was effected in order to lower cases of road accidents which have been on the rise in Kenya, especially during the festive season.

Most people criticized the move and doubts were cast on the efficiency of the night travel ban as the only resort by the government to curb road accidents, with some arguing that the rush by drivers to reach their destinations within the stipulated time would result in over speeding thus causing more accidents.

Cord leader and Bungoma senator, Moses Wetangula, was among the leaders who criticized the ban on night travel. “The president cannot be going around the country making pledges of introducing a 24hr economy and putting a ban on night travel at the same time,” he said, adding that what is needed on our roads is discipline and not restrictions.

Those supporting the move have argued it is a step in the right direction since most accidents are caused by overworked drivers who fall asleep at the wheel.

STRANDED AT A COST

However, as expected travelers are the ones bearing the brunt of the ban as a shortage of vehicles and high costs has

become the order the day. Many travelers have been left stranded and considering that this happens to be the back-to-school week, things might even get thicker.

For instance, the cost of traveling from Eldoret to Nairobi on a normal day is about Sh800 per passenger but now the cost has doubled and even if you can afford the fare it’s not guaranteed that you will get a bus at your desired time of departure.

According to The Standard at the weekend, the price of a fare from Kitale to Nairobi has risen from Sh800 to Sh2,000.

One Kenya Forum reader, who travelled from Nairobi to Mombasa yesterday, reported that most of the decent buses like Mash had been booked all through from Friday last week to yesterday.

Transport operators have acknowledged the rise in the transport costs arguing that the high prices are meant to compensate for the losses that will be incurred consequential to the ban on night travel since most operators will only be making one trip to or from the city a day.

In reality, night travel has not totally been scrapped because according to the new law, a PSV will be allowed to carry passengers after night fall as long as it has been issued with a night travel license from the National Transport and Safety Authority (NTSA).

According to Transport Principal Secretary Nduva Muli, in order for buses to be issued with the night license, operators must meet certain conditions as required in the new gazetted transport regulations. The new regulations under Legal Notice 219, of the National Transport and Safety Authority Act, requires among other stipulations that PSV operators travelling long distance at night must to employ two drivers certified by the authority. They will also have to ensure that a driver does not travel for more than eight hours and must take a break of eight hours before the next shift. Buses are also required to submit a schedule on departure and arrival to major towns.

Great legislation, with a worthy aim, says the Kenya Forum, but only if it can be fully implemented to the letter and corruption kept at bay.

Death of Ambassador Dennis Afande, the man who organised the ‘Washington trip’ with Dr Robert Ouko just before he was murdered